This Week on The Spiral Dance Podcast 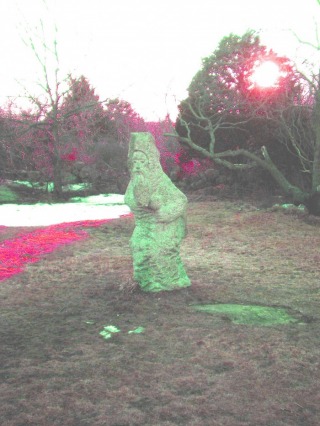 Leprechauns and Other Wee Folk

It's springtime, and Fearies abound.  Let's see if we can't catch us one!

The Leprechaun is one of the major images that the Mainstream Culture has of what a Feary is, or what a Feary looks like.  The other, of course, is Disney's Tinkerbell.   Whatever Pagan path you may be following, I'm sure I don't have to tell you that neither of those images fulfills the whole tradition of the Fearie.

But anyway, the Leprechaun has a pretty interesting story by itself (or Himself - come to think of it, I've never heard of a female Leprechaun).

I have a story called, The Leprechaun Trap, By Teresa Bateman.
Plus, let's build a Feary Garden - someplace on your property where the Fey can call home.

Be well.  Do good. Enjoy the show!

The Leprechaun Trap
By Teresa Bateman

Michael O'Connor was a thief, and proud of it.

"There's no one in Ireland cleverer than I am," he declared. "Why, taking gold from the foolish is as easy as plucking apples from a tree. There are days when I think I could outwit even the leprechauns."

Michael had long believed that cleverness was better than hard work and honesty, and he smiled as he fingered the two gold coins in his pocket.

At that moment, he heard someone coming along the path behind him. He sneaked into the trees, then parted the leaves to see what luck would bring. His eyes widened, for there, striding along as if he owned the world, was a leprechaun!

Leaping out, Michael grabbed the wee man by the back of his jacket. "Now I've got you!" he shouted. "And I'll not let you go until you've given me your gold— and your name," he added, for he knew that a leprechaun's name was his bond.

The leprechaun hung there, pitiful and powerless. "Name is Daniel," he squeaked as Michael tightened his grip. "And all right, I'll give you what gold I have, only let me go."

"I'll not release you until I see the gold," Michael said prudently.

With a sorrowful wave of the leprechaun's hand, a tiny pot appeared nearby.

Michael O'Connor dropped his captive, seized the crock, then frowned when he saw only three gold coins inside.

What's this?" Michael asked. "Is this all the gold you have?"

Daniel sighed. "Aye, and I'm lucky to have even that. My brother Liam's the clever one. He has a mountain of gold coins, and is always bragging how nobody can outwit him. Now he'll laugh at me for having been outwitted myself."

Michael's eyes gleamed. "You say Liam has gold?" he asked.

"Aye," Daniel replied. "And he's always coming home with more that he's tricked from one person or another. How he laughs at me and my three coins!"

At that, Michael grinned. "It seems you're a small fish and there's a bigger one in the pond," he said. "I'll throw you back if you help me teach your brother a lesson."

Daniel frowned. "It would be nice if this time I were the clever one," he said slowly. "All right.

I'll teach you how to build a leprechaun trap," he declared, "and see how my brother deals with that!"

So the pact was made, and they hurried to Michael's cottage. Under Daniel's direction, Michael built a wooden trap with a door that would snap shut when something entered and with sturdy walls that offered no escape. Now all they needed was bait.

They hurried to a nearby meadow where Michael fell to his knees in the hot afternoon sun to scout about for shamrocks.

Now all they needed was bait."I'd help you," Daniel shouted from the shade of a nearby tree, "only I would never be able to resist the things myself. Best I just stay here."

Finally, red and sweating, Michael clutched in his hand four drooping shamrocks. These he placed in the trap, and Michael and Daniel settled down to wait the night away.

The next morning the trap was sprung, but when Michael eagerly pried it open he found only a rabbit, which hopped away. The shamrocks had been eaten.

"Too bad," Daniel said. "You'd best take my wee pot of gold, and I'll be on my way. No need to tell you more leprechaun secrets or let on about better bait."

"Better bait?" Michael picked up the leprechaun and said, "Tell me more, or you'll wish you did."

Daniel sagged in his hands. "Rainbows," he admitted. "Leprechauns love rainbows. Why do you suppose we hide pots of gold at the ends of them?"

"And where would I get a rainbow to toss into the trap?" Michael bellowed.

"Easy," the leprechaun replied. "On a sunny day like today you'll find a beautiful rainbow in the waterfall just down the river from here. It's one of my brother's favorite spots."

Michael dragged the trap out of the bushes, then hauled the heavy thing half a mile to the waterfall, Daniel riding on top and giving directions.

Michael was scratched, hot, and exhausted by the time they arrived, but he didn't care once he saw the rainbow dancing in the waterfall.

"Just set the trap out under the falls," Daniel advised. "I'll tell you where. With luck, Liam's gold will be yours before noon!"

Michael dragged the trap into the river. At first the cool water felt wonderful, but soon he was frozen through. He thought of the gold, however, and refused to quit. When the trap was finally set, Michael stumbled, half-drowned, back to the warm rock where the leprechaun was dipping his toes in the water.

Michael flopped down and fell into a shivering doze. He awoke to Daniel's shout.

Back into the freezing water went Michael O'Connor. He retrieved the trap, but when he upended it on the bank, three trout tumbled out and wriggled past his feet into the river again.

Michael scowled. "I should just take your gold and be done with the matter."

"Isn't that what I've been saying all along?" Daniel agreed. "Settle for my three coins. It's not your fault if Liam's cleverer than you are."

At this, Michael's eyes flashed. "Nobody's cleverer than I am," he declared. "I just need the right bait." He glared at Daniel.

"Well, gold's the best bait," Daniel said hesitantly, "but I didn't think you'd want to use it."

"No problem," Michael replied. "I'll just use your pot of gold."

"You can use it, but it won't tempt Liam," Daniel said. "If it did, he'd have already tricked me out of it. To trap my brother you'd need much more gold. That's why I didn't suggest it before."

This stopped Michael, but only for a moment. Then he pulled the two gold coins from his pocket. "Would these help?" he asked.

"It's a grand trap you have there, Daniel.""It's better," Daniel admitted, "but Liam has a mountain of gold. It would take more than five coins to interest him."

Michael hurried home and dragged out the small chest where he kept all of his ill-gotten gains. He hauled it to the river and opened it in front of Daniel.

"Ah, there's a glorious sight," Daniel declared. "Add that to the rest, and it's sure to fetch Liam."

Michael O'Connor placed the gold in the trap and settled down to wait. But after an afternoon in the hot sun, a night on the stony ground, and a morning in the river, he was worn out. First his head nodded, then it sagged, then he was asleep entirely.

A small voice came out of a nearby bush. "It's a grand trap you have there, Daniel."

"No better than our own," Liam replied with a grin.

An hour later Michael's eyes fluttered open. He looked around in bewilderment. The leprechaun was gone, and all the gold as well.

For, indeed, it had been a fine leprechaun trap!

Visit our Store at Cafe Press! 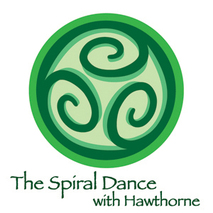 Playlist for This Week's Show

If you or your group has anything coming up that you would like me to announce, drop me a line at spiraldance1@excite.com